Britain's civil service will struggle with the workload of Brexit after a 19 per cent reduction in its staff since 2010, with some of the most severe cuts hitting the departments with the biggest Brexit challenges, e.g., Defra with a one third cut in its staff since 2010 despite its heavy EU related responsibilities. This is the central argument of the latest Whitehall Monitor from the Institute for Government: Brexit challenge

The report says that the decision to create a separate Department for Exiting the European Union was unnecessary and it would have been less disruptive to plan Brexit policy out of the well-established Cabinet Office. However, it should be remembered that this was a politically driven decision to create a high profile role for David Davis.

Taking an interest in someone's work because they have passed away is a shamefaced admission to have to make. However, I had been meaning to read Anthony King's Who Governs Britain? for some time, but the past year has been one of the most eventful in my life. My copy arrived today.

Tony did speak to me about the chapter on interests and was kind enough to cite my 2000 book on pressure groups as the recommended further reading on the subject. Indeed, my central memory of Tony was of an urbane Canadian who was always polite and pleasant to me. His reassuring, unflustered voice was a hallmark of election night broadcasts and contrasted with the more manic style of Bob Mackenzie with the swingometer. even (Sir) David Butler could get into a lather when the Silly Party started to outpace the Sensible Party.

His recent book on Blunders of British Government with Ivor Crewe was widely read and well received. A friend of mine who is a historian by training said it was on of the few books written by a political scientist he ever thought worth reading. Perhaps, however, it did not fully answer the criticism made in The Times obituary that he had never written a major, single authored work. It is unfortunate that he never turned his doctoral thesis on the 1906 general election into a book, which was promised from time to time, as it might have countered that criticism.

Nevertheless, what he had to say in the 1970s about government overload was a message that should stay with us today. There is a tendency for the reach of governments to extend their grasp and they should focus on those things which they can do better than anyone else (not much, some would say).

Tony was very interested in the British decline debate and invited me to talk about this at Essex way back. How long ago it was is shown by the fact that I had to ask people in the audience to refrain from smoking as I had a sore throat!

One of my children subsequently took the first year course he assiduously taught on the UK. For an essay with a decline focus, I gave her a couple of pieces of work in progress which she duly quoted. As I recall, the mark awarded was 62. 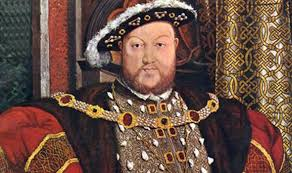 Given the likelihood of the Government using 'Henry VIII powers' under the Statute of Proclamations in relation to the so-called 'Great Repeal Bill', it is useful to look at the full briefing provided by the House of Commons Library in Chapter 5 of this report on how these powers might be used and criticisms of their use: Henry VIII powers

Once again it is the unelected House of Lords that intends to give the Government a hard time over the use of these powers, although the Government has indicated that if they cause too much trouble it will revive proposals to curb their ability to block statutory instruments.

For some the use of powers devised by Henry VIII in one of his more absolutist moments is profoundly undemocratic. Others see the survival of such powers as a means of facilitating effective executive government in times of difficulty.

Gove on the warpath against experts again

Yesterday I went to see my surgeon for a sign off meeting after my recent successful knee replacement operation. We discussed the operation for the other knee, but it occurred to me afterwards that I could have saved myself a lot of money. I was conscious during the operation and it involved a lot of sawing and hammering. Why not get a carpenter in to do the second op?

In his latest column for The Times Michael Gove takes it upon himself to write the speech the prime minister should give on Brexit next week. His basic premise is that 'All our policies from now on must reflect the common sense of the majority, not the preoccupations of the privileged.' Moreover, 'The public [52%] have told us what they want. We must get on with leaving the EU. Completely. In months not years.'

Apparently this will be possible if we ignore the attempts of experts to make things more complex than they really are. Above all, we don't need to hire more people with PPE degrees. (I admit that I am particularly guilty here having taught on such a degree until recently and serving as the external examiner for another one).

Gove doubts that 'negotiating a new trade deal is fiendishly difficult, will take ten years and require men of great experience to see things through.' Has Gove ever read the text of a trade deal or a US trade act? Has he followed the negotiations on the Uruguay Round or those on the Doha Round that didn't even come to a conclusion? Why did it take so long to agree a trade pact between the EU and Canada that is still not operational?

Fraser Nelson in the Spectator has the lead story in this week's issue, 'The End of Experts': The End of Experts His a more measured piece with a narrower target, economists and political scientists, whom he accuses of a failure to predict. He does, of course, have a point because of the so-called 'Oedipus effect': making a social science prediction can affect the outcome.

Labour MP Tristram Hunt has quit as a Labour MP to become director of the V & A: Resignation

So yet another able moderate Labour MP quits. A democracy needs a properly functioning opposition which looks like a credible alternative government. We don't have it.

Could Henry VIII help us with a train crash Brexit?

It now looks as if the choice for the UK is between a hard Brexit that takes us outside the single market and probably the customs union and a train crash Brexit in which the negotiations break down and we exit the EU without an agreement. The Government thinks it will be possible to negotiate a series of trade agreements with the EU, but the mood in Brussels has hardened in recent months.

How could the Government deal with the problems produced by a train crash Brexit? Step forward, Henry VIII. In 1539, in one of his more absolutist moods, he issued the Statute of Proclamations which allowed him to govern by royal decree. The so-called Henry VIII clauses are still in place and occasionally used, conferring extensive powers on the executive: Henry VIII clauses

The kite that is being flown is this: the Government would be given powers to replicate functions carried out by EU bodies without further parliamentary scrutiny. This would mean a big increase in quangos. And would a 'sovereign' Parliament allow the executive to assume so much authority? It could be a very disorderly Brexit.