What does 'Brexit means Brexit' mean?

One month after the referendum, this article suggests that the mood in the country is similar to that after the Stuart restoration, an acceptance of what has happened. Meanwhile, it is necessary to deconstruct the statement: 'Brexit means Brexit': What does Brexit mean?

Where and who is the median voter? 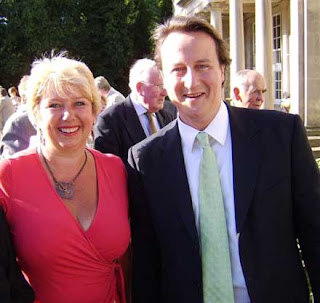 A younger Dave Cameron meets Worcester Woman. The real Worcester Woman was somewhat younger, in her mid-thirties, she worked part-time, had children and drove a Ford Mondeo.

In the course on Economics and Politics I taught for several years with my great colleague Ben Lockwood, we spent two weeks on the Downs theory of the median voter and the subsequent literature. As a shorthand, one might say that spatial models like that of Downs have lost popularity relative to valence models which lead to a greater emphasis on leadership competence, although a methodological problem is that spatial positioning may affect assessments of leaders.

Journalists have engaged in a search for the median voter. At one time it was the anonymous 'Worcester Woman', but in 2010 it was 'Motorway Man' with a specific voter in the constituency of Ed Balls being named. In 2015 the garland went to 'Cautious Cathy' from Nuneaton, a 35-year old mother.

A new study by Professor Paul Webb suggests that voters may be more to the left than we assumed: Left leaning

If I was teaching the module again next year, we would certainly look at this new evidence.

The arrival of Aston Villa Toryism?

Brexit does not mean an independent Scotland

As Theresa May heads to Scotland for her first visit as prime minister, this excellent blog article reminds us that Brexit may not lead to Scottish independence: Independence day?

Andrea Leadsom did the right thing in standing down from the leadership contest. We can now proceed more quickly to a new prime minister being in office. There are certain formalities to be completed before Theresa May becomes party leader.

She will need to have a private conversation with David Cameron about a handover date. Sources suggest that Dave has been very chilled in recent days and I think that Sam Cam will be pleased to get her children out of the No.11 flat and the Downing Street security bubble.

David Cameron will then have to see the Queen to resign and she will then 'kiss hands' with Theresa May (not literally).

As Professor Robert Hazell of the UCL Constitution Unit has just made clear on Radio 5, the Cabinet manual states that if a prime minister resigns between elections, provided that his party has a majority in Parliament, that party decides who the successor should be.

People need to be reminded that this is not a presidential system and a party sustains a cabinet and prime minister. Even if Theresa wanted to call an early election, which I don't think she does, there is the obstacle of the five year Parliament act. On that see: Professor Lord Norton

The last thing the country needs now is another election.

It has now been announced that David Cameron will stand down on Wednesday. Theresa May will not need the more spacious No.11 flat or not immediately so the family can move out without undue haste or a Ken Clarke U-Haul van.

That is the real political choice now, argues this interesting article: The real choice

In the ballot of Conservative Party members, Theresa May would represent 'soft Brexit' and Andrea Leadsom 'hard Brexit'.

Brexit and the Isles of Scilly

The Isles of Scilly were one of the first local authority areas to declare in the EU referendum and voted to Remain. The islands have benefitted from EU membership. They face a number of challenges, not least interruptions to air and boat services by bad weather.

The islands are governed by a unitary authority that is also responsible for water and sewerage. There are significant environmental challenges. The chair of the council has made an excellent statement on the consequences of Brexit: Amanda Martin

As a frequent visitor to the islands and a contributor to Radio Scilly and Scilly Now and Then can I say that they are an excellent holiday destination, particularly if you enjoy good beaches, scenery and walking. The sea food is excellent as well.

A new deal for all member states

Vivien Schmidt of Boston University urges the EU to offer a new deal to all member states, and not to treat Brexit as something that can be disregarded as exceptionalism: New deal

The Revd. Blair speaks out

By and large, the Private Eye spoofs of succeeding prime ministers have always been excellent. We started with Mrs Wilson's diary, then we had the Heathco cartoon. Mrs Wilson's diary came back; I don't remember anything from Callaghan, but then we had Dennis Thatcher's diary. After that it was 'The Secret Diary of John Major' based on Adrian Mole. That still makes an occasional appearance.

Then we had the diary of the Reverend Tony Blair which captured his preachy nature, with cameo appearances from Mr Prescott from the working men's club. I always thought Blair was smarmy and shallow which is why I voted 'None of the Above' in 1997.

More recently, we had the Coalition Academy and then the Cameron Free School, again very well done. The Cameron Free School will shortly close and I have suggested to Private Eye that if Mrs May becomes the next prime minister she could become the first female incumbent of St. Albion's, after all she is a vicar's daughter (and, in the nicest possible way, it shows).

Tony Blair stated in a television interview last night that we should not discount a second referendum on the EU because 'the public will can change'. More precisely, he said that we should keep our options open. Cynical individuals might unfairly suggest that this was an attempt to boost his standing ahead of the publication of the Chilcot Report later this week. It is being rumoured that Jeremy Corbyn intends to make a defamatory allegation against the Revd. Blair using the coverage of Parliamentary privilege and that is one reason he is hanging on as leader.

I know that in the past other, smaller countries have been asked to hold a second vote on EU issues after failing to get the right answer the first time round. However, this is a much more fundamental issue.

The referendum vote provided a clear majority, but not a large one. I don't think that the 48 per cent who voted 'Remain' should be expected to shut up, as some Leave campaigners appear to be arguing. Minorities have rights in democracies, particularly large ones. However, I do not think that the referendum can be re-run. Some argue that voters were misled by lies or misinformation, but there was exaggeration on both sides in an unedifying campaign.

Approval of the terms is a matter for Parliament in what is still in large part a parliamentary rather than a plebiscitary democracy.

The country has shown itself to be divided on lines of education, income, geography and age. The next prime minister needs to be a unifier and it has been argued that Theresa May is best placed to fill that role.

An hour is a long time in politics 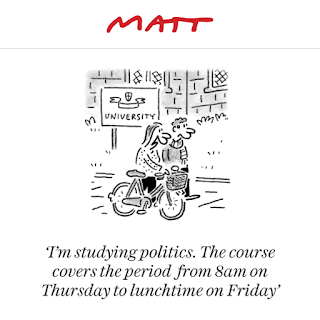 Harold Wilson once famously said that a week is a long time in politics. This week has shown us that an hour is a long time. On Thursday I was visiting friends in Devon, but we spent a lot of time hypnotically watching the BBC 24 Hour News to keep up with the latest sensational developments, while I dealt with live interview requests from French radio and calls from American journalists and even from Chile.

I have been following British politics since the late 1950s and this is the most astonishing period I can remember. As someone said (so much has been said by so many), no government, no opposition and no plan (for Brexit).

As of now it looks as if the race for the Conservative leadership is resolving itself into a contest between Theresa May as the favoured candidate and Andrea Leadsom as the representative of 'Leave'. In the extraordinary times in which we live, no one raises an eyebrow at a junior minister from one of the less major departments being seriously considered as a prime ministerial candidate. She is, of course, a Warwick politics graduate. Her biography is here: Biography

She was (initially at least) brought up by her mother as a single parent. Her biography implies that she did not politically active until after she graduated. I am still trying to track down someone who remembers her at Warwick.

When I was chair of the Political Studies Association many years ago, I recommended that at our annual awards ceremony we should give an award to Theresa May as a rising star. We duly made her Parliamentarian of the Year and she came along to accept the award (not everyone does, although to his credit Gordon Brown did).

We had a conversation and what I took away from that was this was a very intelligent, personable lady, confident in herself without being over bearing. A sort of Margaret Thatcher without the less pleasant bits. I am pleased that Conservative MPs I respect are backing her.

Interesting YouGov poll where the divergences are so big you can't put them down to polling errors. I have added up positives and negatives and disregarded the many don't knows (this is electorate wide):

As for the Labour Party, it is in total disarray. Jeremy Corbyn needs to do the decent thing and stand down, not because he is left wing, but because he is not up to the job.